Are You Headed for Divorce? 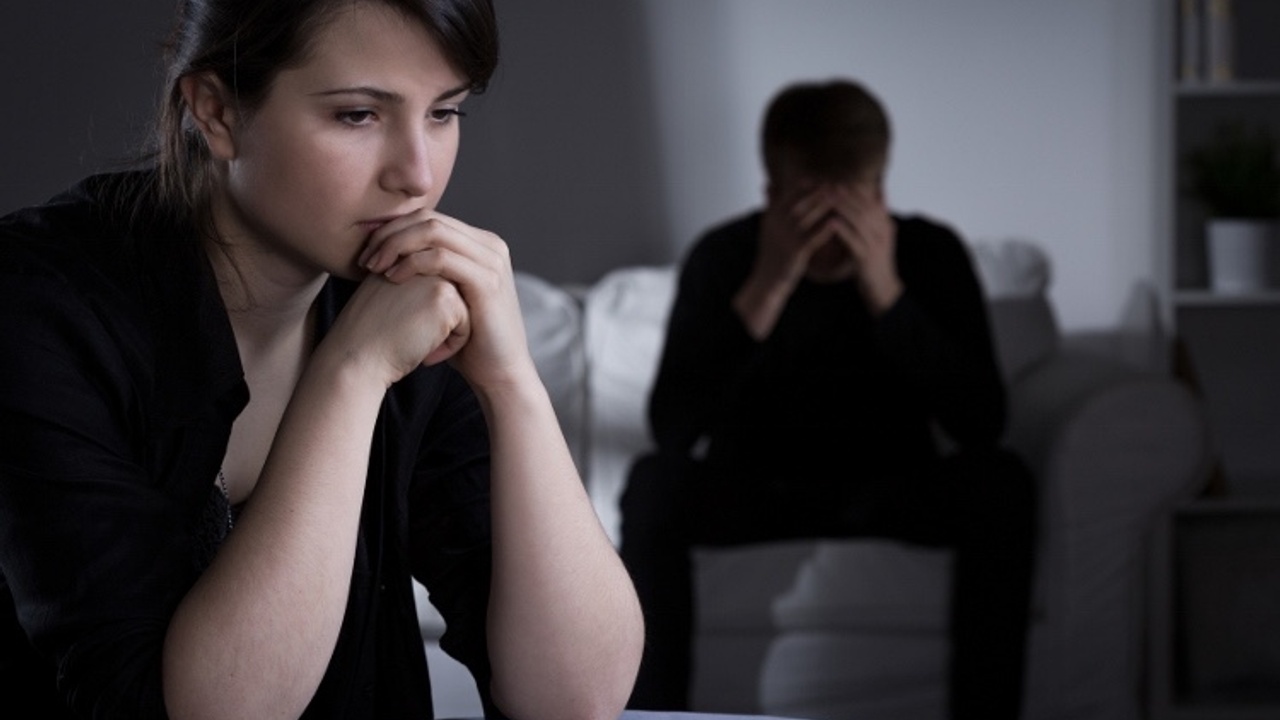 Not everyone who comes into my office is destined for divorce.

In fact, many people make an initial consultation to learn more about the process so that they can decide between whether to divorce or to stay in the marriage. What I’ve learned over the years is that most people don’t understand what makes a marriage work or what the signs are of a deeply troubled marriage. I know I didn’t! Only after some time giving divorce presentations with an insightful divorce coach did I pick up the essentials of a happy marriage and the harbingers of divorce.

As it turns out, neither the ingredients to a successful marriage, nor the signs of a troubled marriage, are secrets.  Indeed, considerable research conducted on thousands of couples, over several decades, has left little to doubt when it comes to what creates a happy, mutually satisfying marriage.

Dr. Gottman states that prior to his research, many psychologists considered conflict-avoiding and volatile marriages to be destructive.  As a result of his research, Dr. Gottman considers all three styles to be equally stable and to bode equally well for the marriage’s stability over time.

So, if there’s not a type of marriage that predicts success, than what does?  Interestingly, Dr. Gottman did find one attribute that highly correlates to a successful marriage.  This attribute is the balance between the amounts of positivity and negativity in the marriage. By “balance,” Dr. Gottman does not mean equal amounts of positivity and negativity.  By carefully studying the amount of time couples spent fighting versus interacting positively (think touching, smiling, paying compliments, laughing, etc.), Dr. Gottman came up with a very specific ratio between the amount of positivity and negativity that exists in a stable marriage.  This ratio is 5:1.  There have to be five positive inputs to every one negative input.  In other words, the marriage has to be 80% positive and only 20% negative to be stable over time.  For those of you who have studied economics, this is the Pareto principle as applied to marriage!

The couples in Dr. Gottman’s “Love Lab” who were headed for divorce were doing too little, as far as positive inputs, to compensate for the growing negativity between them.  Dr. Gottman also found that the growing negativity had predictable signs, including a “harsh startup” (think starting an argument with sarcasm, accusations or criticism); flooding (when a spouse’s negativity is so overwhelming and sudden as to leave the other spouse feeling defenseless and shell-shocked); body language; failed repair attempts; negatively re-writing marital memories, and “the Four Horsemen.”

The “Four Horseman” are harbingers of deep marital discord and, if left uncorrected, they signal the apocalypse of the marriage.  The first of the Horsemen is blame.  The second is defensiveness.  The third is contempt, and the fourth is stonewalling. The Horsemen are disastrous ways of interacting that sabotage communication between partners.  As these negative ways of interacting become entrenched, partners focus on negativity and tension in their marriage.  The Horsemen also have a collective energy, and build upon each other, insidiously overtaking the marriage.

Criticism is an attack on someone’s personality or character, usually with blame – assigning them the responsibility for the wrong. This is different from a complaint which focuses on a behavior. Often, criticisms generalize.  They appear in statements like “you always” or “you never”.  For example, a criticism of your spouse’s failure to take out the garbage could appear like this: “Apparently, the garbage empties itself in your world.  You are so lazy, you never see what needs to be done around here.  It pisses me off.”  A complaint would be more along these lines: “I noticed you didn’t take the garbage out again this week.  It seems like this is a pattern and that really bothers me.”  The emphasis is on the task not being done, rather than maligning the character of the person.  The continual criticism of someone’s personality and/or character builds up resentments.  These resentments, in turn, assist in the proliferation of the Second Horseman, Contempt.

Dr. Gottman describes Contempt as “lobbing insults into the heart of your partner’s sense of self.”  Contempt takes criticism and dials it up several notches.  As I see it, Criticism is a put-down of the partner, born of frustration.  Contempt is the intention to insult and psychologically abuse the partner.  It comes in the form of hostile humor, mockery, and body language (think eye-rolling, sneering, etc.).  When Contempt has toxified the relationship, it is hard to remember any positive qualities, attributes or acts of the partner.  When respect leaves the relationship the path is paved for the last two Horsemen – Defensiveness and Stonewalling.

Defensiveness plays out when there is no responsibility for setting things right.  It can be summed up as “it’s not me, it’s YOU!”  It looks like denying responsibility, making excuses, repeated yourself and your position (as opposed to trying to understand your partner) and cross-complaining (which is answering a complaint with a complaint).  This pattern of consistent interaction continues to toxify the relationship to the point where the partners just don’t care anymore.  This is the fourth and final Horseman: Stonewalling.

The consistent appearance of this fourth and final Horseman is a mutual and often lethal, wound.  The marriage goes from being assaulted by harmful communication to being sunk by no communication.

A “stonewaller” simply checks out.  They mumble “uh-huh” or “mmm-hmm” as responses to their spouse’s statements or questions.  Maybe the “stonewaller” hides behind a newspaper or hears something on the iPod, and is silent in reaction to a query in comment by his/her spouse.  Regardless, the action (or better, inaction) conveys an air of disapproval, iciness, or smugness.  Interestingly, Gottman notes that women, in particular, are especially irritated by Stonewalling.  I make-up this is because women who are stonewalled don’t feel heard / seen / acknowledged, which is perhaps more deeply painful because women’s opinions, worth, etc., have been historically devalued and marginalized.  So, women who are stonewalled in their relationships have seemingly no place, privately or publically, where they’re “seen” and “heard”.

Evidence of one or more the Horsemen is not the end of the marriage.  The consistent expression of all of the Horsemen, though, signals a severing of the relationship and the kind of embedded negativity between spouses that destroys relationships.

Should I stay or should I go?

So maybe your marriage occasionally has harsh start-ups, flooding, or failed repair attempts.  Maybe the one or more of the Horseman occasionally makes an appearance during an argument or at the breakfast table.  Now what?  Do you hang up the marriage or try to work through the issues?

In my experience, this is a deeply personal question for each of my perspective clients.  There is no one right answer.  In almost 20 years of practice, however, I have noticed some important anecdotal markers for consideration, though, that I will share with you.  Dr. Gottman’s research echoes many of my own observations.

How do you see your partner and your marriage?

In my years of practice, I have learned to look for how my prospective client portrays his or her spouse, and the state of the marriage, generally.  I know there is deep trouble when my prospective client refers to the spouse and/or the marriage in a wholly negative light.  If there is no “positive regard” left in the perspective of the client, for the other spouse, this indicates to me that the relationship is deeply troubled.  Often, I will ask the client to name two or three positive attributes resident in their spouse.  You might be surprised to learn that many can think of none, or only one or two, when posed with this question.  This spells trouble.

Dr. Gottman’s research also demonstrates that a marriage is in deeply troubled waters when one or both of the spouses see their marriage problems as severe.  Trouble is also indicated in couples who have pervasive negative thoughts about their marriages and who interact poorly with each other (think the four horsemen, the unwillingness of one or both to accept influence from each other, harshness and lack of admiration/appreciation of each other, etc.).

Willingness to work on the marriage?

How willing are you to work on your marriage?  How willing is your spouse to work on the marriage?  Is each of you willing to attend, and actively participate, in therapy?  Are you two willing to divert energy and resources away from your kids, your jobs, and your friends and relatives to make the time to repair the relationship?  Do both of you think it’s possible to repair the damage?

In Dr. Gottman’s experience, couples who are on the precipice of divorce are often unwilling to commit the time and/or resources to repair the marriage.  Instead, they begin to lead parallel lives.  She goes out with her friends only to decompress and have fun. He only travels with his buddies and socializes with his work colleagues.  When this occurs, the couple stops talking things over.  It seems useless. Each begins to solve problems – regarding joint issues, like the kids, the finances, etc. – on his or her own, without input from the spouse.

Dr. Gottman believes that this leads to loneliness within the marriage.  Often, one or both partners may have an affair to assuage the loneliness.  Gottman sees an affair as a symptom of a dying marriage, not the cause.  I would agree. Usually, when I meet with a prospective client, the “affair” is the proverbial last straw, ending a marriage that had been mortally wounded for a long time.

The choice divorce is always a highly individual, subjective decision.  There are, however, several objective, identifiable markers, which indicate your marriage may be headed in the direction of divorce.   Whether you decide to move forward with a divorce, you will make an informed decision.