Is Divorce the Only Option? 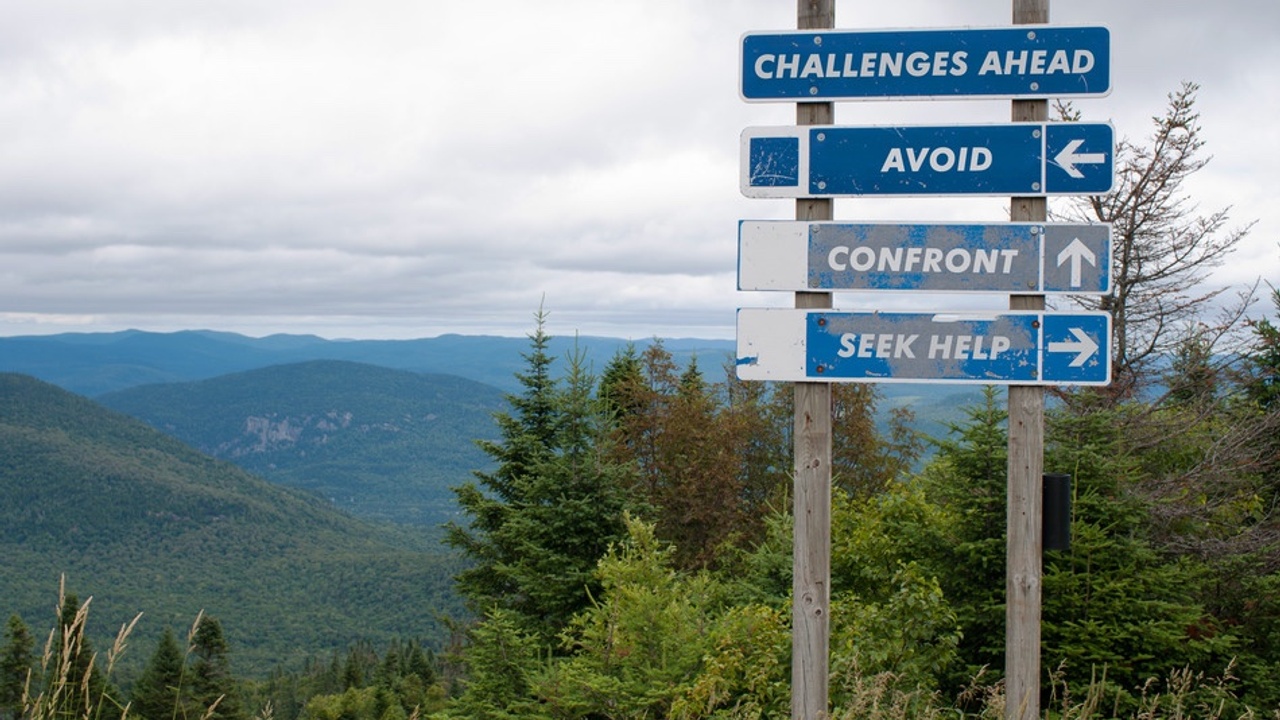 Some people know exactly what they need, when they need it, and how to get it.  The rest of us need to try different options on for size to find out what is the best fit.  Many of us have to sit with things for a while before the way becomes clear.This is often very true for people considering whether to divorce.  In fact, divorce is not the only option.  Sometimes people choose to stay in troubled marriages and leave things alone.  Others choose to work on their marriages and try to reconcile.  Some spouses choose to restructure the deal and pursue an “open” marriage.  Others prefer to separate – some formally and some informally, while other folks pursue different options, if available, to make void or annul their marriages.  Still others chose to move forward with divorce – perhaps reflexively or after deep and lengthy deliberation.What’s right for you is a deeply personal decision.  It may not be right for anyone else – from your spouse, to your kids, your church, to your extended family and friends.  But, I believe you’ll know what’s right for you, and, once you do, the issue will then become how to summon the courage to move forward.

What are the options?

Those who contemplate divorce, and ultimately decide to stay married, do so for a whole host of reasons.  Some people want to keep their families intact and this takes priority over being happy in the marriage.  Others don’t want to deal with the difficult financial realities that often coincide with divorce (like how to support two households on the same combined income that used to support one household).  Yet others change their vision about what to expect from their spouses.  They may, for example, come to terms with the fact that their spouse is their friend, and roommate, but no longer a lover.

Many couples choose to work on their marriages, often with the help of a therapist.  I’ve seen this work wonders, but only if both partners are invested in working on the marriage and making changes.  Spouses may choose to restructure the rules of marriage.  This could look like an “open” marriage, which gives each partner the freedom to have sexual relationships with different people, or the partners recommitting to sexual exclusivity within their marriage relationship.  And there are certainly others who simply stay in their marriages without doing a thing differently.

Staying married and continuing to reside together doesn’t work for all couples, and many choose to separate.  Again, the reasons for separating are as varied as the reasons for staying married.  The couple may need a break from each other – and from the constant fighting and angst that seems to permeate every moment of their time together.  Others want to use the separation as a way to “try on” what it might feel like to be divorced, without actually getting a divorce.

Separation can be an informal process or a formal legal process.  An informal separation is one that’s agreed to between the partners without any sort of legal intervention.  Maybe the husband moves out into a townhome close to the parties’ homestead, while the wife remains with the kids in the house.  This couple may continue to use the same joint bank accounts during their separation to pay for the living expenses for the kids and for both parties.  Maybe there are some “house rules” to which the couple agrees.  These could include: who parents when, how money is spent, whether there are “overnight guests” when the kids are present, etc.

I can count, on one hand, the number of legal separations I have helped clients obtain over my nineteen years of practice. Why so few? Most cases that start out as a legal separation end in divorce. This is because if one spouse would prefer to be divorced, as opposed to being legally separated, a divorce proceeding usually “trumps” a legal separation proceeding. And many people are quite leery of having any possible lingering financial connections to their spouses, especially as it regards the acquisition of assets and debts after the legal separation. I mean, how would you feel if your spouse amassed $40,000 in gambling debts on a credit card, which was ultimately deemed a marital debt at a later date? Most people choose not to live with this anxiety and opt instead for divorce.

In addition to legal separation and divorce, there is generally a process to end a marriage that was entered by a party who lacked the capacity to consent to the marriage, either because the person was underage, mentally infirm, under the influence of a mood-altering substance, or (ahem!) had a sexual incapacity and could not consummate the marriage. When this occurs, you can bring a proceeding to have the court declare the marriage null and void. Some states refer to this as an annulment, which is not the same as a religious decree. In many states, this is referred to as a “voidable” marriage.

In addition to “voidable” marriages, there are “void” marriages, which really aren’t marriages at all. You don’t need to bring a proceeding to have them declared as “void,” because they really never existed in the first place. These types of unions include “marriages” between siblings, parent and child, people who are already legally married, and sometimes people who are developmentally disabled.

Over the course of my career, I have had very few encounters with void or voidable marriages. In chatting with my colleagues, their experiences seem to mirror my own. I attribute this to the fact that most people date, usually for a significant period of time, prior to getting married, and know enough about their spouses not to end up with a void or voidable marriage. I also believe that most people actually think pretty seriously about getting married before solemnizing the relationship legally. I can honestly say that I’ve never had a client who got hitched in Vegas, while intoxicated, and who wanted a divorce shortly thereafter! So, maybe it is true that what happens in Vegas tends to stay in Vegas!

Many people want to know if their marriage can simply be annulled. These clients often come from a religious perspective and see the marriage as never actually having existed due to a lack of commitment on their spouse’s part. The annulment they’re seeking, however, is generally not a legal construct, although some states, like New York, use this term to describe a void or voidable marriage. Rather, an annulment is something you may want to pursue within your own religious organization, if this idea appeals to you. For example, I have had Catholic clients who have pursued a religious annulment after the divorce was legally finalized, because they wanted to be able to marry again within the Catholic Church.

Divorce is a legal process that extinguishes the bonds of matrimony between partners who are legally married. Not only does it sever the marital relationship between you and your spouse, but divorce also creates ongoing legal obligations (think parenting, child support, and maintenance/alimony) between you two, if applicable.

There is a finality about divorce. You will no longer be married. You will mostly lead separate lives (even if you have children together), and the decisions you make about your life will not generally affect your former spouse and vice versa. Your loyalties shift. You will confide in other people, and be supported by your friends, relatives and perhaps a new partner. Even if you have kids together, the co-parenting relationship doesn’t look like a marriage. Most often, it looks like a business arrangement that revolves around the kids’ schedules.

There are many other options to consider, in addition to divorce.  No one option is right for everyone who wonders about divorce.  Also, it’s not unusual for partners to pursue more than one option, often sequentially, like first working on the marriage and then later seeking a separation or divorce.  Ultimately, what’s right for you and your family is a very personal decision.