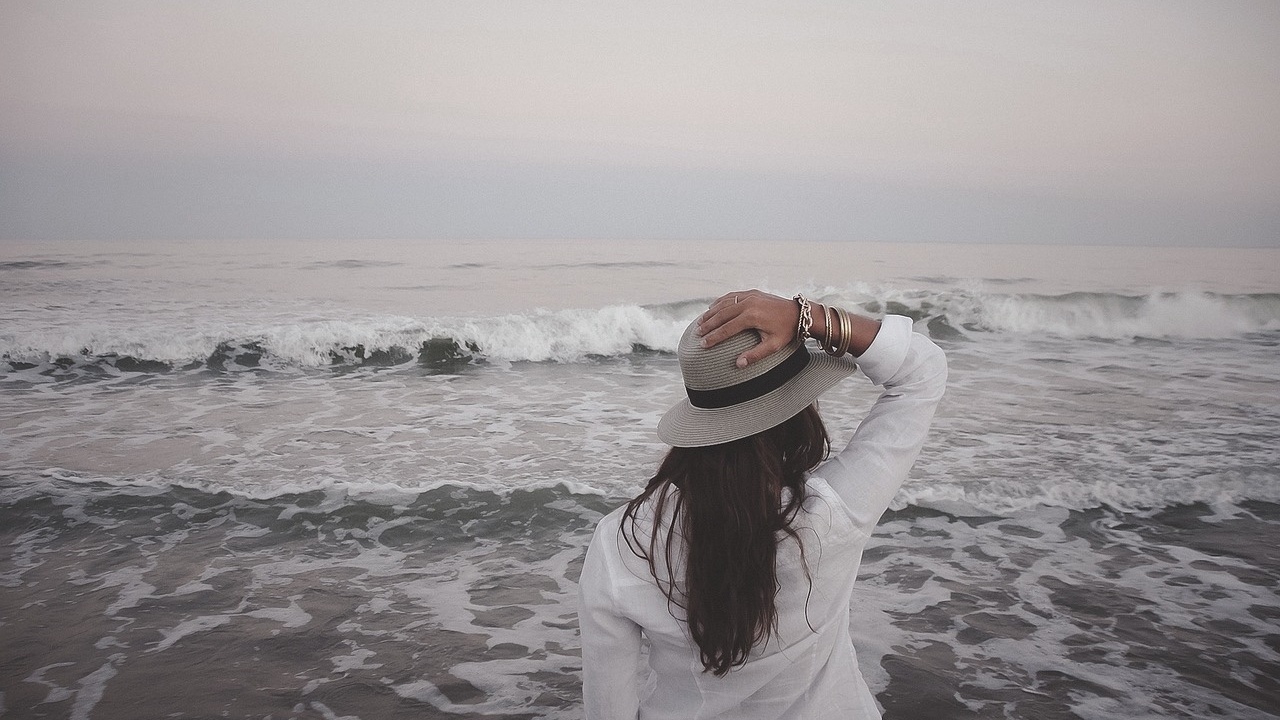 I don’t know that letting go is ever easy. Most of the things I’ve had to let go of, be they relationships, expectations, attachments, hopes, fantasies, misconceptions, you name it, have all had claw marks in them. Releasing the old, and embracing the new, hasn’t been my strong suit.

I’m not sure if this is the same for you, but I’ve had many people come through my door (in my work as a divorce attorney) who weren’t done with their deceased marriages, or whose spouses were clinging to a fantasy of a relationship that existed only in their minds.

Some folks continue to act “married” even after their divorce is final. Some believe that no legal document can ever dissolve the covenant of marriage. Others continue to go back to a well that is dry, looking for support or acknowledgement that may never have been there in the first place.

Why can it be so hard to release something that is broken or that we’ve outgrown? We certainly don’t do this in other aspects of our lives. When I was a kid, I didn’t wear the same pants in sixth grade that I wore in kindergarten. I didn’t try to squeeze into size 5 shoes once I needed a 7.5. I had no problem progressing in college from a freshman to a senior. I looked forward to graduating from law school, releasing the life of a student, and embracing my career. We don’t get back into a car that has been totaled in a car crash, and expect to drive it home.

First, they restructure everything. Literally. We will no longer reside with our spouses and we may not see our kids every day. This sobering reconstruction of our lives forces most of us to mourn the dreams we had at the altar. A partner in love and life. Lifelong relationship. Intact nuclear family for our kids. Someone who would love and care for us, come what may. It can be so painful to acknowledge these losses when there’s a divorce.

In addition, our society still holds two beliefs that continue to make divorce embarrassing and shameful for many. The first is that we are a culture that values zero-sum games. Winning and succeeding are paramount. Even in marriage. So, if you divorce, you “lose.” The other idea is that marriage is a sacrament that is meant to be lifelong, regardless of what comes to pass, including abuse, neglect, infidelity, etc. No one wants to be perceived either as a “loser” or casually committed to their marriage. And so, we hold on.

Also, the emotions of loss are uncomfortable and inconvenient. Crying in a planning meeting or having an angry conversation with your ex at work often don’t go over well with others. There is little space to grieve in this society, even for a death, and especially not for a divorce – which is a type of death that usually goes unacknowledged.

There is little space to grieve in this society, even for a death, and especially not for a divorce – which is a type of death that usually goes unacknowledged.

The best we can do to let go is to allow ourselves to feel the emotions as they come and acknowledge the losses we have suffered when we are reminded of them. The emotions of grief (denial, anger, bargaining, sadness and acceptance) come in waves, rapid at first, with longer gaps later on. If we feel these waves when they come in, they aren’t saved and compounded (much like a high interest rate credit card) for a later, and more difficult, payment. But remember, after each wave of emotion washes over you, it also retreats back to where it originated. You can release a bit of the pain each time it recedes. And eventually, you can let much of it go.