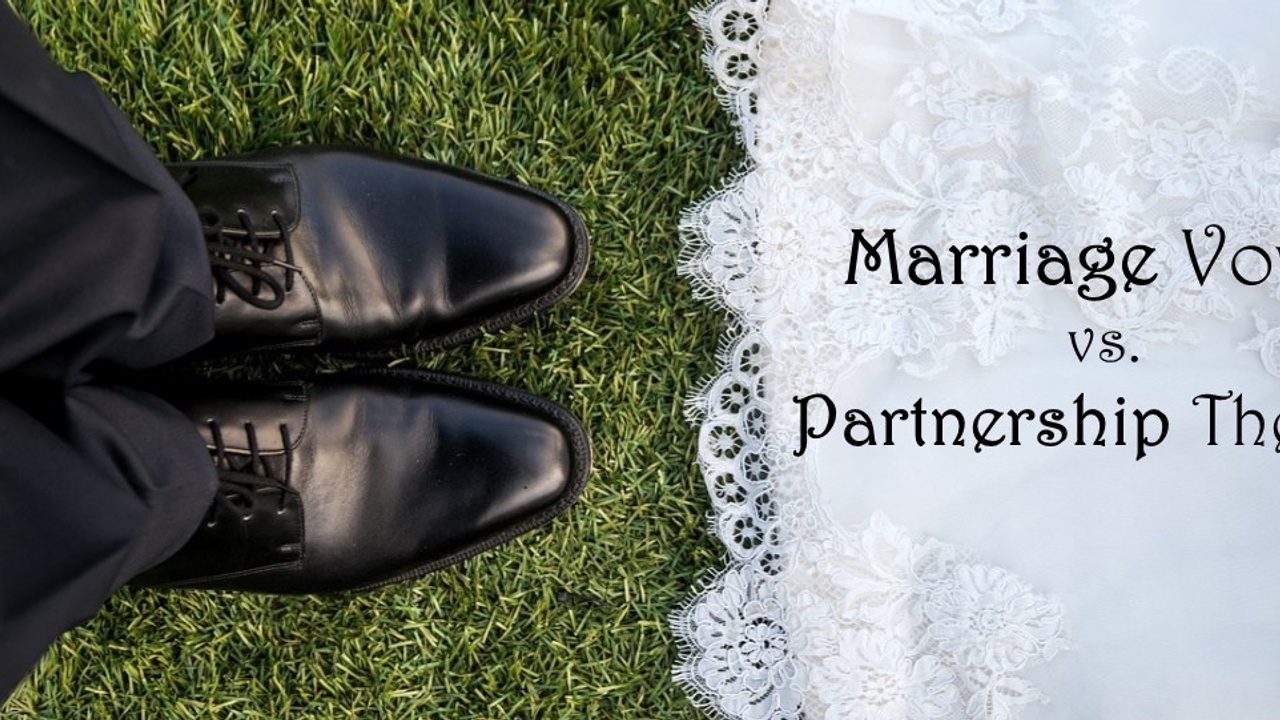 When two people stand at the altar and pledge themselves to each another in marriage, they do so through vows. These vows often go something like “to love, cherish and honor until death do us part.”

To me, the statement of the vows is the most poignant part of the marriage ceremony. Why? Because it represents the commitment of the couple to remain together through thick and thin, and to love each other regardless of the challenges that are inherent in any marriage. The celebration of the public exchange of vows are why people have weddings! If a couple just wanted a good party, they could have hired a DJ and thrown a BBQ in the backyard with far less expense and sentiment.

The law, however, looks at marriage very differently. The law sees marriage as a contractual partnership, which comes with a certain set of rights and responsibilities. (Romantic, isn’t it?)

In addition, there is often a reciprocal fiduciary duty that each party has to safeguard the income and the property of the partnership. This is why many state statutes consider the contribution of each party in the acquisition, preservation, depreciation or appreciation in the amount or value of the marital property.

And when it comes to divorce, the law uses a contractual partnership lens to deconstruct a marriage in a way that is very similar to the approach it would take to legally unwind a business. This is true even when the dissolution of the marriage has resulted from the breaking of a vow, as opposed to a violation of a partnership tenet. Huh?

Say your spouse had an affair. This would be a breach of the vow to “love, honor and cherish” you, if you and your spouse had agreed to be monogamous. But emotional and sexual fidelity don’t generally make an appearance anywhere in family law legal statutes, since the majority of divorces proceed by “no fault” (meaning the court does not care how or why the marriage ended).

And herein lies the rub. There is often no legal remedy (or no effective legal remedy) for the breaking of a vow. Even if your state allows for the assignment of fault, and the consideration of fault in a final settlement with the possibility of a disproportionate allocation of income or property, the process to get there is usually long, arduous, painful and expensive.

What incenses most people getting a divorce is the broken vow

What incenses most people getting a divorce is the broken vow (often infidelity or the failure to stick it out in the marriage). No one likes being betrayed. No one likes feeling like their teammate has given up on both the team and the game itself. It can take a long while to process these painful issues.

What’s the salve here? Well, you have probably heard the quote “time heals all wounds.” I’m not sure if time completely “heals” the wound related to the breaking of a vow, but the passage of time, especially once the couple has physically separated, often deescalates the situation and contains the seeds of healing, much like removing a bee’s stinger from the wound. The sooner the stinger is removed, the less venom will enter the wound, and the sooner it will begin to mend.

People who seem to get through the divorce the best (most quickly and cost-effectively) after the breach of a vow, seem to be those who have been separated for a while. What’s “a while,” you may ask? Often six months or more. And often there must be a lot of therapy for the person who has felt betrayed during this interim period.

Time certainly goes a long way toward helping heal the wound, but the final distance, I believe, can only be bridged by forgiveness. In divorce, this not only includes the work of forgiving others, but perhaps most importantly, forgiving self (even if we didn’t break any vows). Why would we need to forgive ourselves? Well, we may have a lot of guilt for having failed at marriage, or proceeding with the divorce, or for having picked the “wrong” partner, or for having expectations that our partners couldn’t live up to, etc.

If you need help working on forgiveness, you can certainly do this in therapy, or on your own with the aid of a really good book, such as Forgive for Good: A Proven Prescription for Health and Happiness, by Dr. Fredric Luskin.