Taking Blame Out of the Equation - Divorce Wisely 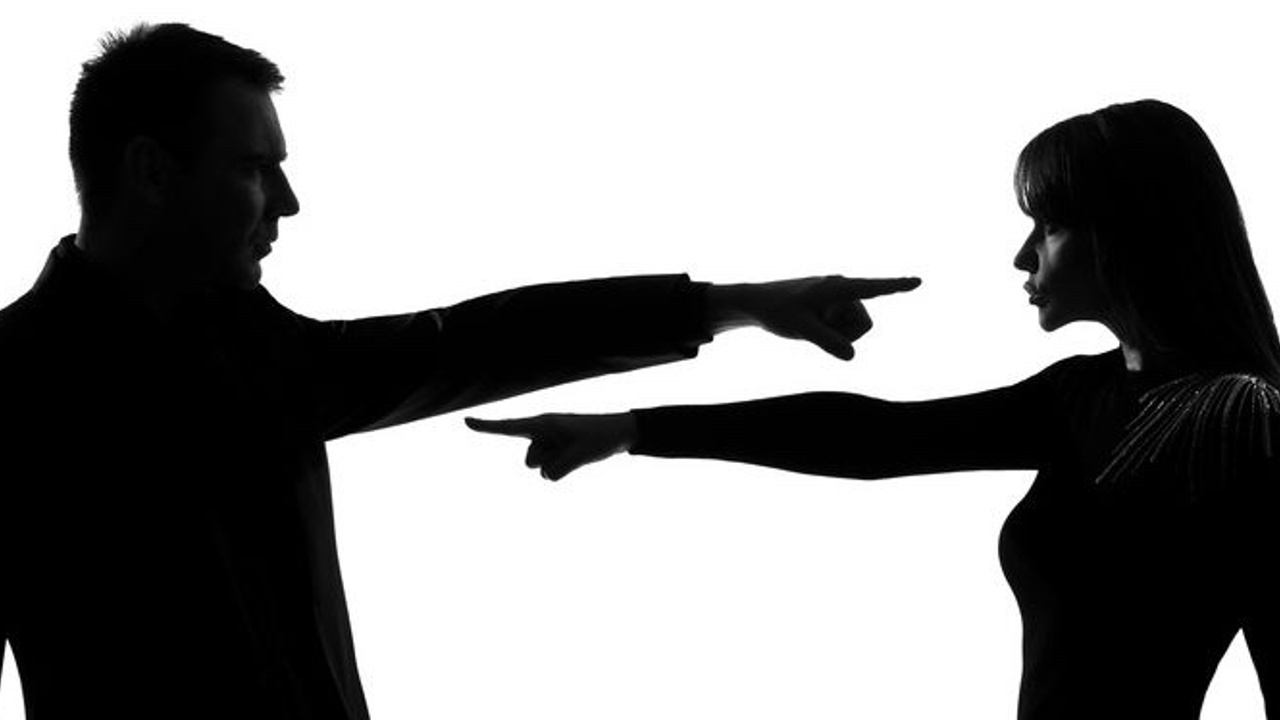 Blame is defined as assigning responsibility for a fault or a wrong.  Blame can be directed at ourselves (self-blame) or focused on others.  Blame is steeped in perfectionism, a poor self-esteem, and a willingness to judge.

Blame festers where perfectionism rules.  When mistakes are seen as “bad,” there is guilt by association.  The people who make mistakes are also “bad.”  When perfectionism is coupled with low self-esteem, a willingness to judge is predictable, and a vicious cycle is born.

Perfectionism is an impossible standard-bearer, and a mighty taskmaster.  Perfectionism makes someone, who already feels unworthy, incapable of admitting a mistake, which would further decimate an already flagging self-esteem.  So what happens?  The shame related to making a mistake is projected outwardly on to someone else via judgment.  Judgment, in turn, puffs up the blamer’s self-worth by making the blamer feel morally superior, and closer to that unattainable gold ring called perfection.  This completes, and restarts, the vicious cycle of blame.

Why?  It is a cheap way of seemingly putting our problems to bed without really addressing or learning from them.  In cases of self-blame, it helps us keep our faces squarely in the dirt.  Blame confuses the deed with the doer and makes the doer (whether ourselves or someone else) appear less worthy of respect.  A lack of self-respect is what keeps people in abusive marriages.  A lack of respect for one’s spouse shuts down meaningful interpersonal communication and results in unresolved conflict, a lack of trust, and resentment.  Blame doesn’t want to resolve conflicts constructively.  Blame wants to be right.

And speaking of being “right,” I offer a word of caution about blaming your spouse to others (i.e., your friends, your children’s teachers, fellow PTA members, your attorney, etc.):

Speaking negatively to others about how awful your spouse was/is will only backfire on you.  The listener is more likely to attribute the negativity to you rather than to your spouse.  This is known as “spontaneous trait transference.”

I listen for blame in every meeting with a new, prospective divorce client.  After nearly twenty years in practice, I know that someone with a persistent blame story is going to be a difficult person to represent, and I usually decline the representation. Why?  A persistent blame story, especially one that casts the other party as completely culpable, gets in the way of resolving the case.  Not only does the blamer refuse to take some responsibility for the demise of the marriage, but the blamer also generally refuses to take much responsibility for helping resolve the issues relative to the legal divorce.  Instead, there’s a real feeling of “they made this bed, and they can lay in it.”

In addition, blame rests on a huge undercurrent of unresolved anger and conflict, as mentioned above.  When the anger cannot be validated within the context of the legal process (which it almost never can, because the vast majority of states are “no fault,” meaning that the courts will not penalize anyone for the marriage’s demise), the anger seeks an outlet elsewhere.  When the blamer isn’t vindicated by the court, the blamer’s anger is often transferred from the opposing party on to the blamer’s attorney.  The result is that the attorney stands in the place of the opposing party and is blamed unconsciously for the all the wrongs in the marriage and consciously for any perceived flaws in the divorce settlement or outcome.

But someone has to be responsible for the ending of a marriage, right?

My response is:  Of course.  Both partners are responsible for the demise of their marriage (even if one partner is only 2% responsible), which is why divorce is such a prime opportunity for self-reflection and personal growth.

And herein is the way out of blaming!  What if, instead of saying “it’s my fault,” or projecting the responsibility on to our spouses, we could believe that the divorce brings with it lessons to be learned for everyone involved?  What if we re-tooled responsibility as a way to learn and grow from our own mistakes, and those of our partners?

We have to dump our moral superiority

To do so, we have to dump our moral superiority.  We don’t need to be the judge and the jury.  What we need to do is separate the deed from the doer and the sin from the sinner, because at our core, we’re all the beloveds of the Beloved.  It is also helpful to remember that the definition of “sin” comes from the Greek “hamartia.”  These words were historically used in the context of archery, and mean “to miss the mark.” They do not translate into a mantra that someone is wrong, wrong, wrong, forever and ever and ever.  No.

Reclaiming our fair share of personal responsibility also facilitates two very important things, which aid both in resolving the divorce and living life manageably in its aftermath.

Einstein said that we cannot solve the problem at the level of thinking that created it.

First, being personally responsible enables problem-solving.  Einstein said that we cannot solve the problem at the level of thinking that created it.  If we initially believed that the “problem” was someone else’s to begin with, we can help resolve the problem simply by admitting that we may have played some part in helping create the problem.  Huh?  This works because when we take ownership over some portion of the problem, it’s natural for us to also take some amount of responsibility for helping fix the issue.  When this occurs, all sorts of new options and possibilities surface for redressing the concern.

Second, if you have minor children with your spouse, you are probably going to have to co-parent with this person after the divorce is concluded.  Do you want this post-divorce parenting relationship to be characterized by unresolved conflict, a lack of trust, and resentment?  Do you think this would be good for your kids?  I hope your answers to these questions are “no” and “no,” both for your own well-being and that of your children.  Learning to focus on solutions (as opposed to judgments), admitting mistakes when they occur, and apologizing go a long way to creating a functional co-parenting relationship.  In fact, the research shows that being able to apologize in any relationship makes it much more likely to last and thrive.

While our marriages may not have thrived and endured, we can learn from them.  It was Maya Angelou who said “when you know better, do better.”   We can use our mistakes, and those of our spouses, to “do better” – to move past blame, and into growth and transformation.