The Five Stages of Grieving the Death of Your Marriage 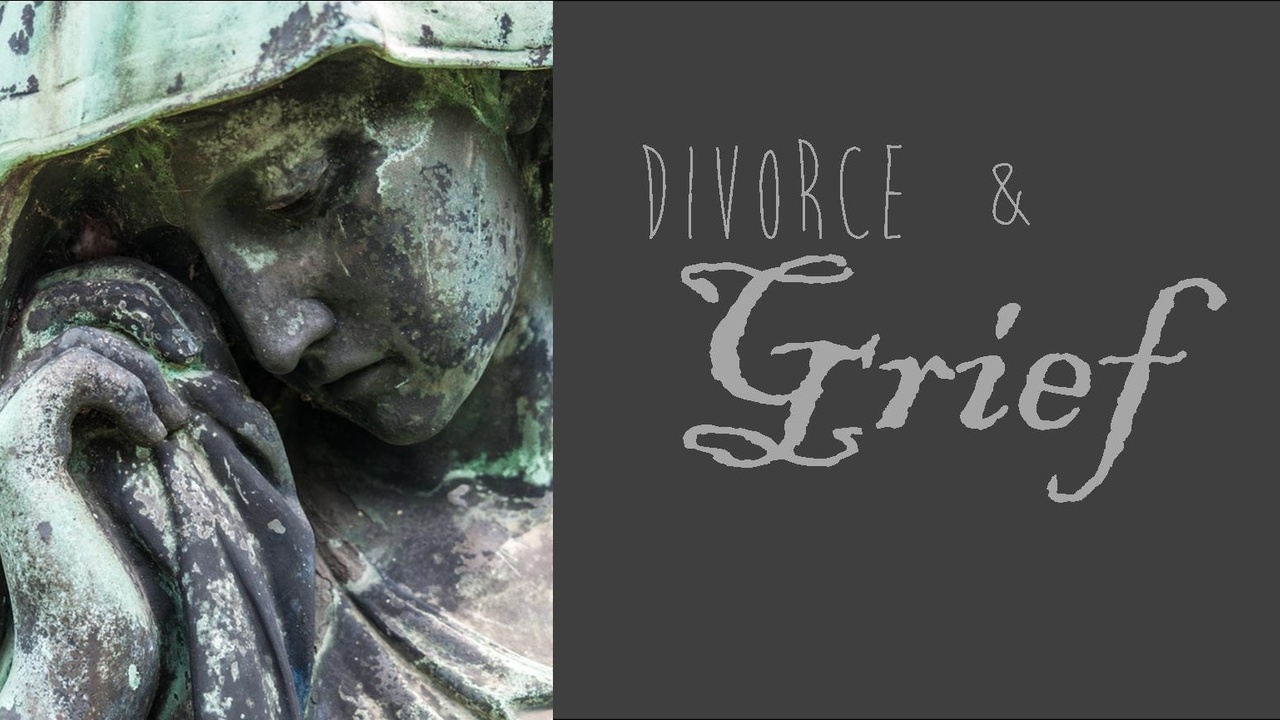 Over the years of teaching many divorce information seminars, on two separate occasions I had an attendee who was currently facing divorce, but who had also formerly lost a spouse to death. Each attendee talked about how hard the divorce was in comparison to losing their first spouse to death.

With death, they said, there is finality. You are not going to see your spouse at birthday parties, football games, and at the beginning and end of parenting time.  In addition, each attendee spoke of how much more empathy and sympathy they received when their spouse died, as opposed to going through a divorce.  Relatives, friends and neighbors brought over food, offered to take care of the children, and invited the spouse in mourning to social events, like going out to dinner or to a movie.  In contrast, relatives, friends and neighbors tended to keep their distance from the divorcing spouse.  Each attendee spoke of how much more alone they felt through the whole process of divorce, as compared to the process of losing a spouse to death.

Even though divorce does not usually result in the death of either party, the process for mourning the loss of the marriage has the same steps as mourning the loss of someone to death. The stages of mourning were pioneered by Dr. Elisabeth Kübler-Ross over forty years ago in her book,On Death and Dying.

Before we discuss the five stages, I want to mention a few important things about the grieving process generally. First, grief does not follow a linear progression.  You do not complete one stage, and then neatly move to the next.  Grief is messy.  Sometimes you take two steps forward, only to have a complete breakdown, after which you promptly take three steps backward.

You will also grieve whether you instigated, or responded to, the divorce. Even if you want to be divorced, you still have to mourn the loss of the hopes and dreams you had for your marriage.

In addition, everyone wants to know how long the grieving process takes. Although there are some who say that one year of grieving is needed for every ten years of marriage, in my experience, there is no cookie-cutter approach.  Everyone has a different path through mourning.  My best friend was married for only six months before she divorced.  She needed nearly three years to heal after her divorce was final before she was ready to date again.  Another good friend of mine was married for thirty-four years.  Despite having divorced several years ago, she is now back in the stage of anger, due to a conflict she is having with her ex-husband over a post-divorce issue.  Some clients of mine have had a much quicker trajectory, and have needed only a period of months, as opposed to years, to mourn, because they had started the process while married.

To this end, the process of grieving has five stages, including denial, anger, bargaining, depression, and acceptance. Let’s take a look at each stage.

One of the definitions of denial is “the refusal to acknowledge the existence of something.” In other words, “this isn’t happening to me!”  It can take a lot of forms, though I see two common patterns in my practice.

The first is the spouse who just does not believe that his/her spouse wants out of the marriage. The spouse in denial presses the “ignore” button, and simply continues the marriage as usual.  Even once their spouse moves out of the home (and sometimes in with another person!), the spouse in denial believes that the separation is just temporary, so that they can “work things out.”  The other pattern of denial I commonly see is a spouse who fails to acknowledge his/her behavior, which has significantly contributed to the ending of the marriage.  I have seen this happen with the alcoholic, who does not believe his drinking is “any big deal,” or the woman who has cheated on her husband, but who does not seem to understand why the indiscretion should be the basis for ending the marriage.      .

The most important thing to know about denial is that it is completely normal (as are all the stages). Denial allows us to slowly grasp the facts of a situation, which might otherwise be overwhelming at first.  Said differently, denial helps us deal with the pain in bite size pieces by hiding us from the cold, harsh reality, if only for a little while.

Once we step out from behind the veil of denial, and begin to see the real picture of what is actually going on, anger ensues. We might be angry at our spouse for betraying us with another person or with the bottle.  We might be torqued that our spouse no longer wants to work on the marriage.  We may be upset with ourselves for tolerating unacceptable behavior for far too long, or for not being loving enough toward our spouses.  We may feel bitter about the effect the divorce is having on the children, or because we have less money and our standards of living have changed.  There are as many different reasons to be angry in divorce as there are divorcing people.

Bargaining can be summed up as “rearranging the deck chairs on the Titanic.” It occurs when we think about how we would have changed a situation in the past, or a current situation over which we have no control.  When my clients rearrange the deck chairs, I will hear statements such as “if only we had stayed in counseling longer,” or “I should have forced her to go to treatment.” Bargaining is a form of Monday-morning quarterbacking, and focuses on how the marriage, like the football game, could have been “won,” if only we had been at the helm and called out different plays.  Bargaining is a defense mechanism, in which we assuage feelings of hurt, helplessness and vulnerability, by trying to take back some amount of control.

Depression looks different on everybody. Some find it hard to get out of bed in the morning and face another day.  Others struggle with insomnia.  Some people put on weight.  Others can’t keep it on their bones.  Often, there is palpable sense of loneliness, coupled with a yearning for the “good times” with the ex. Many women, in particular, have nightmares about becoming a “bag lady” and living under a bridge.  Almost everyone worries about what the future holds, and how they are going to make it financially.  Sometimes the fear is so overwhelming that it catapults the worrier back into the stages of denial, anger and bargaining.

Depressed clients, or opposing parties, can also play the blame game by labeling their spouse as a _____________ (fill in the blank with alcoholic, pathological liar, narcissist, borderline, etc.). Playing this game is a way of dealing with the pain without accepting any responsibility for having helped create it.

There is a bit of Grace in acceptance. It comes about when you surrender to what has occurred, and acknowledge that the marriage, along with all your hopes and dreams for it, are gone.

With acceptance comes a burgeoning sense of peace. The volatile feelings regarding the divorce, and your spouse, begin to subside.  This looks like going to your child’s soccer game, and not having that pit in the middle of your stomach when you see your former spouse on the sidelines.  It is regaining mindshare – meaning days, weeks, months, when you haven’t thought about your divorce or what a jerk your ex was.  It may also feel like readiness — to go on a date with someone new, or to look at all the possibilities for creating the next chapter of your life.

The loss of a marriage instigates the grieving process. Knowing the stages of process will help you navigate this difficult time.  You will have words and a framework to help you both understand your experience, and move through it.