Until Debt Do Us Part 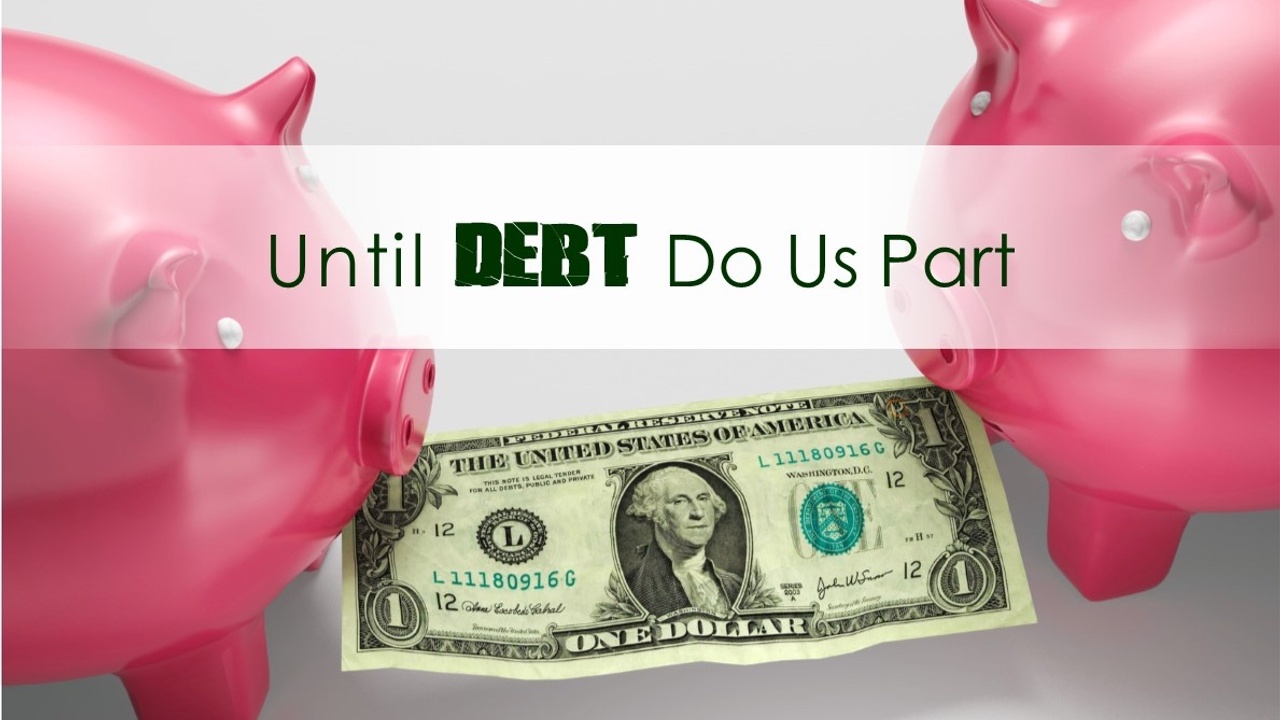 Financial issues in a marriage definitely create conflict, which, if left unchecked and unresolved, can lead to divorce.  Specifically, the use (or misuse) of credit by one spouse is probably one of the top reasons my clients initially come to me for advice or representation.

In most states, all liabilities acquired during the marriage are usually deemed to be “marital” in nature.  It often doesn’t matter which spouse incurred the debt.  Further, these debts are usually divided “fairly and equitably.”

But what is “fair and equitable” really mean with regard to debt?  And what if you were the spouse who did not create the debt or agree to your spouse’s purchases with credit?  Moreover, what if your spouse actively hid the debt from you?  What then?

I’ve outlined some common scenarios below to give you a sample of “fair and equitable” divisions.

Debt incurred for a specific purchase

First of all, debts tend to go with the assets they were used to purchase.  If your spouse bought a Rolex with a credit card, then it’s likely the Rolex, and the credit card debt, would be awarded to your spouse.

Debt incurred by one spouse – transparent and concealed purchases

Even if the debt wasn’t used to purchase something in particular (like the watch, above), debts still have a tendency to be awarded to the person who incurred them.  So, if your spouse racked up $3,500 traveling, eating out, etc., on a VISA card, then the debt likely goes to your spouse (unless they have no income, and then it becomes more of a toss-up).  That said, this debt also likely ends up on the marital balance sheet (presuming you knew about it), which means that you would effectively share it (because it would have to be offset by assets or other debts), even though your spouse is ordered to service the debt.

Things get a bit tricky when debts are concealed.  Let’s say your spouse likes to gamble, but is very cagey with you about how much he/she spends.  Let’s also assume your spouse never shares the VISA bill with you, despite your repeated requests.  Further, let’s say you end up going through a divorce, and discover that the VISA bill is $24,000, due to frequent cash withdrawals over the last year, which were used for gambling!  Now what?!

And…sometimes this kind of debt is still shared between the couple!  Why?  Well, are you familiar with the saying about Las Vegas?  “What happens in Vegas, stays in Vegas?”  Just like this saying, some judges feel that what happens in the marriage, stays in the marriage.  Including debt.  So, you might not be ordered to service it, but it may end up on the marital balance sheet.

Okay, but what about debt, especially joint credit card debt, that simply accrues because your family couldn’t meet all its living expenses on income alone?  This is a prickly issue, because you’re both on the hook for a joint debt (even if the court orders your spouse to service it).  No court order (except a complete discharge of your debts through bankruptcy) is going to protect you from joint creditors if the debt goes to collections, because your agreement with the credit card company precedes the order from the divorce court.